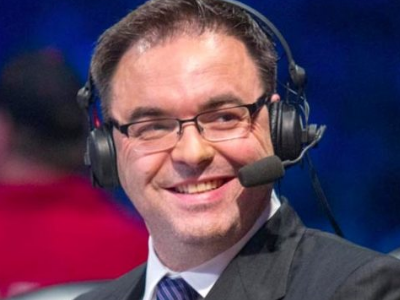 It appears that Mauro Ranallo is returning to pro-wrestling announcing. Marc Raimondi of ESPN.com noted the following…

“Mauro Ranallo, one of the top broadcasters in combat sports, is returning to pro wrestling. Ranallo, the play-by-play man for Showtime Boxing and Bellator MMA, will be on the call for the Impact Wrestling title match between champion Rich Swann and challenger Kenny Omega on the Rebellion pay-per-view card April 25, sources told ESPN.”

Mike Johnson of PWInsider.com wrote that the Impact appearance is currently scheduled to be a one-off but that could always change. Johnson added that Ranallo was at Impact’s studio to record voice-over work for an Omega vs. Swann video package. Regarding the appearance, Johnson stated that “we are told this came together over the last several weeks with the idea Mauro coming in to add to the grandeur of the title vs. title unification main event.”