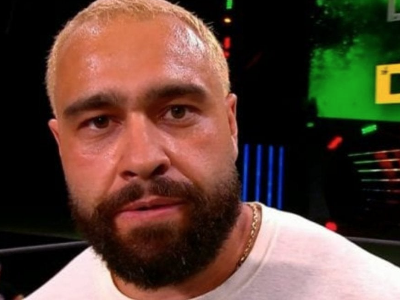 As previously noted, Miro is reportedly healthy and wants to wrestle in AEW but his creative status with the company remains up in the air. During Wrestling Observer Radio, Dave Meltzer of F4WOnline.com addressed the situation…

“In September, Tony Khan came to Miro, and he had this idea which would build to a match on the November pay-per-view, the November 19th pay-per-view [Full Gear], and he didn’t want to do it. It’s weird, a lot of people coming from WWE are very leery about losing. But anyway, they went through, and now November’s over, and now we’re in the new cycle, and they were going to bring him back and try to come up with ideas for him.” (quote courtesy of RingsideNews.com)

Miro tweeted at Meltzer with, “what happened between January and June?” Meltzer replied with, “why don’t you tell us.”