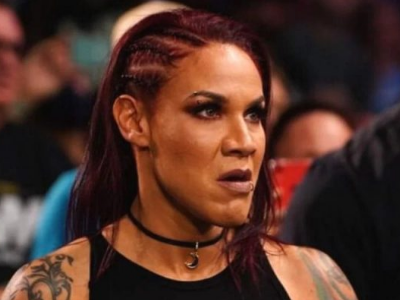 Mercedes Martinez was a recent guest on the AEW Unrestricted podcast where she discussed Ring Of Honor. The former WWE Superstar is the Interim ROH Women’s Champion and she admitted that came out of nowhere. Martinez recalled the lack of women’s division that there was in the past.

“I think it just came out of nowhere, to be honest,” she admitted. “I think Ring Of Honor — and if anyone knows my history with Ring Of Honor, I was with them for a short period of time back in 2006-ish. They didn’t really have a women’s division. It was kind of like you go in, you wrestle. We were the attraction match. At that time, women’s wrestling wasn’t as big as it was now, so it was kind of just finding your mode in every company that you could do.

“So, it wasn’t like there was a title, we were just wrestling just to be on this big company that was just getting started, it was just getting its roots down. It was something big for a lot of female wrestlers to be a part of. Eventually, we parted ways and I did my own thing, and Ring Of Honor kept growing, but still, there wasn’t this women’s division.”

Mercedes Martinez spoke about what being the champion means to her on a personal level. Even though she only holds an Interim Title, it still feels important for her.

“For me to be a champion, even if it’s an Interim Title because I look at it as an Interim Title is a kind of like a chance to show your worth. I know Deonna Purrazzo is the official champion for Ring Of Honor,” she said. “And for them to say, ‘hey, the Interim Title, maybe it’s not a real title,’ but to me, it is.

“It’s kind of like a callback, the way I look at it. For them to say, ‘hey, here’s the chance to win a title, yes, Deonna wasn’t available, but we still want to give you the chance to hold this title, level up the division.’ When there wasn’t a division back when I was in Ring Of Honor, that’s something I take personally.”

Mercedes Martinez then went into more detail about why the title is personal. For her to have gone from no division in ROH to being the champion, it means a lot. The AEW veteran now believes that she can bring a lot to the division as a whole.

“It’s something that hits to the core in my heart because I worked for them,” she said. “For a company that didn’t have something, now that they do, for me to hold that title now in my career is something that I take to the heart, it really is. I am just hoping that I can do it justice, I am not a young buck anymore, per se.

“But I am someone who can level up the division with my experience and my expertise. And to really bring the girls and the females that want to be part of this company, whether it’s AEW, Ring Of Honor, whatever they decide to do with it. I really think I can bring the ball and bring a lot of prestige and prosperity to this division. That they probably haven’t had yet throughout the whole years of Ring Of Honor.”