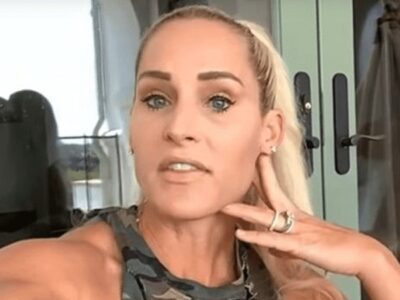 During an appearance on Vickie Guerrero’s podcast, former WWE star Layla talked about the speculation that Michelle McCool got pushed in WWE because of her relationship with The Undertaker:

“Michelle and I got told no many times. It wasn’t like we got what we wanted. It wasn’t like that. I can promise you that. I was there. I’m just going to be really honest about this. Michelle being married to Taker, or his girlfriend I think at the time, eventually, their marriage was a little bit after that, people were like, ‘Oh, she’s going to get whatever she wants.’ I was there to witness it. That was not the case. It had nothing to do with that.

If anything, I feel like people were more shunning her than giving her what she wanted and she worked hard. She was like the hardest worker always. She wasn’t lazy like she was just going to sit there. I still feel to this day that’s a stigma that Michelle is going to have to have her whole life and it’s not fair. That’s not true. I was there.” (quote courtesy of WrestlingNews.co)