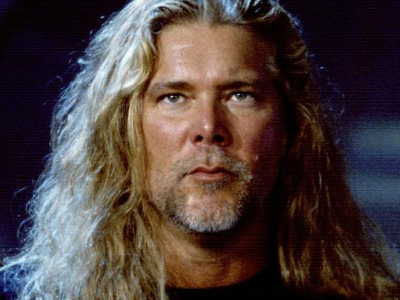 As previously noted, fans expressed concern for WWE Hall of Famer Kevin Nash after he had the following exchange with his podcast co-host Sean Oliver in regards to the death of his son Tristen…

Oliver: “Don’t play like that. You have guns so you can’t say those things.”

Nash: “I can do whatever the f*ck I wanna do. Long as I leave a note.”

During his latest podcast, Nash addressed his comments…

“Emily Sherman was Brad Siegel’s niece, but she worked for us. I think she worked in international or whatever when we were in WCW. Her and Scott started dating. She would travel with us a lot on the road when we would go from from town to town, especially from Nitro to Thunder. It was always this ongoing thing where they would say, ‘Well, what do you guys think about that?’ Scott and I would both say, ‘Yeah, as soon as we get done sticking a pistol in our mouth.’ They would say, ‘Oh, that’s not funny’ and Scott would say, ‘It is because we’re gonna leave a note.’ A couple people buzzed her and they’re like, ‘Hey, your boy Nash, I think he’s in trouble.’ She watches it and pops. Like she watches it and pops, she’s like, ‘Oh, they don’t know the skit.’ They don’t know, it’s the note. You know, it’s like, that’s what makes it funny.”

“Last week I made some off-color remarks, but for anybody out there, I would never do anything to harm myself. I guess people don’t realize I have a wife that’s been with me for 35 fu**ing years. It’s never been about me. I drive a fu**ing ’05 Mustang. I know it sounds like that skit from fu**ing Saturday Night Live where, ‘I drive a Dodge Stratus’, but I drive a 2005 Mustang. I don’t give a fu**. It’s never been about me. It’s about the people that I take care of and that’s your job. Your job is to provide and protect. That’s your job.” (quotes courtesy of WrestlingNews.co)

Would @RealKevinNash have opened the door for DX?