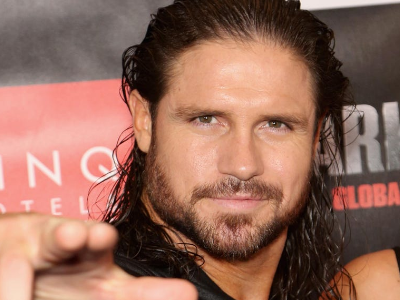 Former WWE star John Morrison issued a video statement on Instagram regarding his release from the company. Here is what Morrison had to say…

“I want you all to know how grateful I am for the support you gave me during this past run with WWE. I also want you to know that I did in fact receive a phone call from John Laurinaitis, during which he told me that my services as a talent were no longer required by WWE. Didn’t even get a best of luck in your future endeavors. I mean, if you’re gonna let me go at least get your catchphrase right?

I don’t know if it’s something that draws people to professional wrestling or something that happens to people when they’ve been in the business for a long enough time but my mind always races towards ways to pop the crowd, even at my own expense. The whole idea of making yourself look bad to make someone else look good, is a strange thing. But for me, it’s such an important part of what I do. And it’s a foreign concept to so many people. I think that’s why this past run with WWE meant so much to me, you know, I saw and spoke to people that I hadn’t seen in 10 years. The chance to reconnect with old friends, make new friends. Work with some of the best production people in the business, some of the best professional wrestlers in the business.

I mean, just the whole thing was nostalgic. It brought me back to how I felt when I was brand new to the business. I was always so nervous. I wanted to do everything right, you know, so I would do things like get to the arena, super early all the time, which actually just gave me more time to be nervous. But there was one time in particular, I remember I was standing there in the ring hours before doors, looking out at all the empty seats, thinking in a couple of hours, this place is going to be packed. And there is going to be a person in every one of those seats all staring at me expecting me to do stuff.

I got to get better at stuff. And I think maybe the most important thing I learned during my first run with WWE is it’s not the stuff that people go to see wrestling for. It’s the stories. We’re storytellers. Now, I happen to be a storyteller who takes a lot of pride in being able to do the flips, the tricks, the kicks in the hair whips, but those are just tools. The moves, the ropes, the ring the mic, they’re all just tools used by those who practice the art of professional wrestling to tell stories. And the great thing about being a storyteller is when one chapter ends, another begins.” (quote courtesy of WrestlingNews.co)