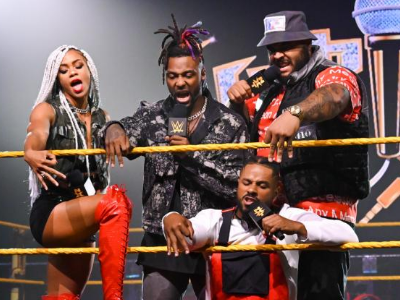 In an interview with Sanchez Taylor of WrestleTalk.com, former WWE star Shane Strickland aka Isaiah ‘Swerve’ Scott commented on how B-Fab’s release affected Hit Row and what Roman Reigns said to him…

“I wouldn’t say (I lost interest in) pursuing WWE, because I was always interested in being there, but as far as the act of Hit Row, it kind of lost all the soul to it. The heart was gone. You took the heart out of us. Without the heart, everything else kind of falls apart a little bit more. They also didn’t give us the direction or a good enough amount of time to find our next heartbeat and get in the rhythm with everything. So it kinda just was like, ‘Let’s just do what they want, and see how long we can go with this before they make their next decision and move,’ and we can only adapt from there.

And I remember Roman Reigns talking to me about that, he hit me up in the hallway, he was like, ‘Man I’m sorry about what happened, y’all losing the girl in your group man, that’s heavy.’ And I was like, ‘Yeah man, we just gotta find ways to adapt and overcome’. He’s like, ‘That’s all you can do really’. And it was a real short conversation, it was just like that.”

In an exclusive interview with Sanchez Taylor for WrestleTalk.com after PROGRESS Chapter 129, Sw3rve The Realest (WWE’s Isaiah ‘Swerve’ Scott) revealed what Roman Reigns told him after WWE released Briana Brandy (B-Fab) from her contract. Brandy was let go by WWE at the beginning of November.