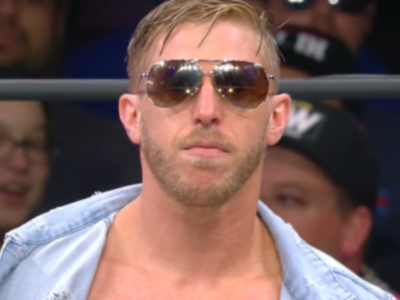 The Orange Cassidy vs. PAC match from the May 12th edition of AEW Dynamite was reportedly supposed to end in a 20-minute draw. However, there was an injury scare when Cassidy appeared to be knocked out around the 13-minute mark.

According to Mike Johnson of PWInsider.com, AEW decided to call an audible by having Don Callis and Kenny Omega interfere and cause both wrestlers to be counted out by the referee.

“We are told Orange Cassidy is OK and was seen socializing with a number of talents after last night’s Dynamite taping.”

Omega is scheduled to defend the AEW World Title against Cassidy and PAC in a triple threat match at AEW’s Double or Nothing PPV.

CONFIRMED: OC was legitimately knocked out by either the kick or the sunset power bomb.

Wishing him a speedy recovery 🙏 pic.twitter.com/xgvt0Y2p3u