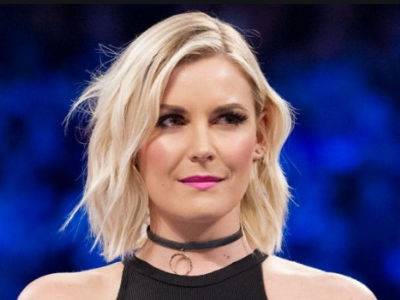 During an interview with Sportskeeda.com, former WWE announcer Renee Paquette talked about her absence from wrestling and if she has any interest in returning…

“So, I’ve been really busy, but that doesn’t mean that I’m not open to the opportunity of working with another wrestling company. It just depends on what the situation was, who it was; you know, I love wrestling. It’s one of those things that I always want to be around in; I miss it. I really do miss it. I get to go to the shows with Jon [Moxley] sometimes, and it really makes me miss it. Just like being around the ring and being around all the wrestlers, it definitely kind of strikes that chord with me.”

“I honestly don’t know. I feel like that is a question that came up (return to wrestling); you know, I’ve been gone from the WWE for about a year and a half now. In that time, you know, I’ve had a baby, I’ve moved. There is so much going on that I’m busy with the podcast. I’ve got a Sirius XM show as well, working with the NHL network.”

Renee also gave praise to Kayla Braxton during the interview…

"I love seeing her have this opportunity"

In a recent interview, @ReneePaquette was full of praise for @KaylaBraxtonWWE!