Glenn “Kane” Jacobs appeared at the 2022 WWE Summerslam 2022 and announced that 48,449 were in attendance for the show. WWE only utilized half of the stadium and the hard camera side was tarped off.

According to Twitter account @WrestleTix, WWE distributed 40,117 tickets for the event. According to Mike Johnson of PWInsider.com, WWE had a large walk-up on Saturday with people arriving at the stadium to buy tickets. Johnson noted the following…

“We are told from fans who were sitting across the hard camera that during the first hour of the show, they could see production workers removing tarps from the opposite side of the stadium (where the camera were shooting from) to free up seating as fans soon started heading over to that area to sit.”

Johnson added that the box office remained open up the start of Roman Reigns vs. Brock Lesnar. 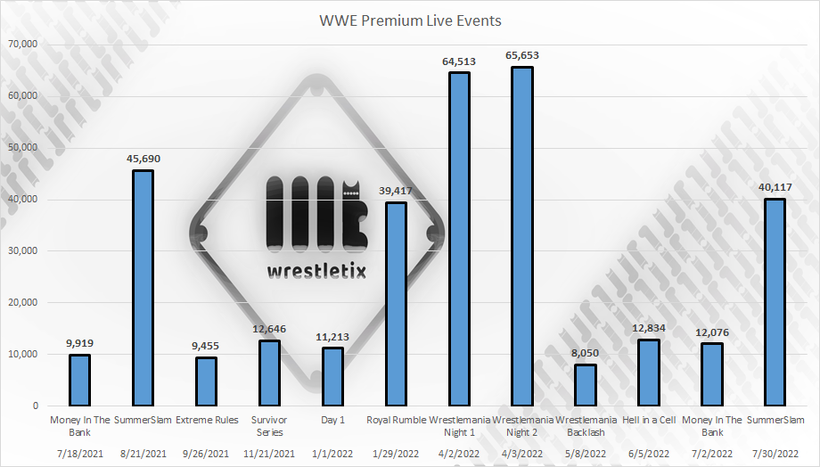