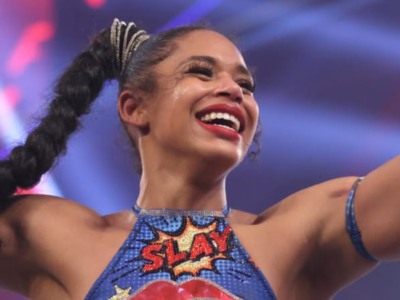 In an interview with ITRWrestling.com, former WWE Smackdown women’s champion Bianca Belair talked about facing Becky Lynch at Summerslam instead of Sasha Banks…

“I would say Summerslam for me was a complete whirlwind. Actually, my whole entire title reign a little bit has been a whirlwind. It’s been a lot of things happening along the way. It’s just like so misfortunate, you know, with Bayley getting injured. And I want to face Bayley so bad in that I Quit match and then having to recover off of that and then face Carmella. And then to Summerslam with Sasha not being able to compete and once again, Carmella stepping in the spot, which I have to give a shout out to Carmella because she’s kind of been the person that’s with me. She’s been the glue to hold this thing together.”

WWE News: Bianca Belair Reveals When She Found Out She’d Be Losing Title To Becky Lynch