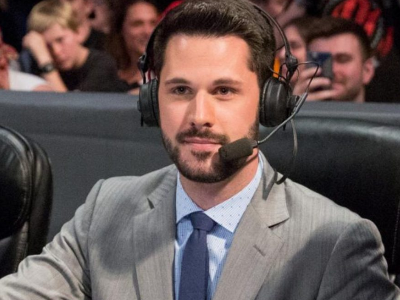 Former WWE announcer Tom Hannifan (Tom Phillips) made his debut with Impact Wrestling at the 2022 Hard to Kill PPV event.

While speaking to Renee Paquette on the Oral Sessions podcast, Hannifan talked about how he joined the company…

“It’s only really developed within the last month. I have a lot of friends [in IMPACT] who kind of connected me with the powers that be, we had some good conversations, and the schedule was very attractive. I just got done doing a 52-week a year schedule for about nine years, so I was like, ‘this is great and really cool.’ Everything that I was told about, what the locker room was like with Scott D’Amore and Josh Mathews, everything has been accurate and awesome. When you know a bunch of people, showing up and seeing Matt Rehwoldt and him being like, ‘what the hell are you doing here?’ It was really cool.”

“You go from the pressure of being like, for a number of different reasons, the way WWE produces shows, but all of a sudden, now it’s all on you. It’s largely your show. I was given a lot of faith to go out there and do what I did with D’Lo. It was nerve-racking because it was, ‘Oh, this is what I did,’ and WWE has certain ways they like things done and things said and not said. All of a sudden, I can say certain things that I wasn’t able to say. ‘This is really cool.’ We couldn’t refer to Bullet Club, obviously, for trademark reasons, so we danced around it and said ‘The Club,’ so I was like, ‘oh, I can say Bullet Club on the air. I can say pro wrestling.’ Just little trademark and branding things that WWE likes to do, and that’s fine, but there are so many little changes.” (quotes courtesy of Fightful.com)