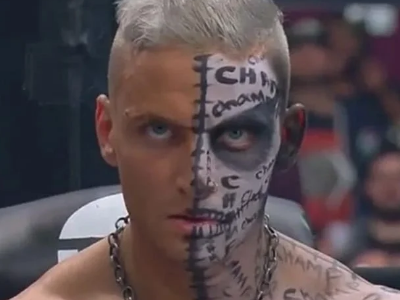 Joining AEW: “At the time, I was signed with another little promotion. The moment I heard Cody [Rhodes] was interested, long story short, I paid $12,000 to get out of my contract. I took a loan out and I remember I used to hit Cody up like every day, just blow his phone up, and he would never really answer.”

What was appealing about AEW: “All I heard, when they were promoting it, were the words ‘Creative Freedom.’ I was like, ‘That’s where I need to be.’”

Why didn’t want to be part of WWE: “This was back when 205 Live was a thing. I was like, hell f*cking no, I’m not going there to do that. I don’t want to be put in a box.” (quotes courtesy of SEScoops.com)