In 1991, WWE moved Wrestlemania 7 from the Los Angeles Memorial Coliseum to the smaller Sports Arena next door. At the time, WWE claimed that there were “bomb threats” due to the Gulf War and the controversy surrounding Sgt. Slaughter’s character being an Iraqi sympathizer. However, it was reported that the change was actually made due to low ticket sales.

With the 2022 Money in the Bank PLE being moved from Allegiant Stadium in Las Vegas to the MGM Grand Arena, CM Punk made a reference to Wrestlemania 7 via his Instagram story. Punk uploaded a Wrestlemania 7 poster and wrote, “Another bomb threat smh.” Punk ended up deleting the story after some fans wrote that the joke was in poor taste. 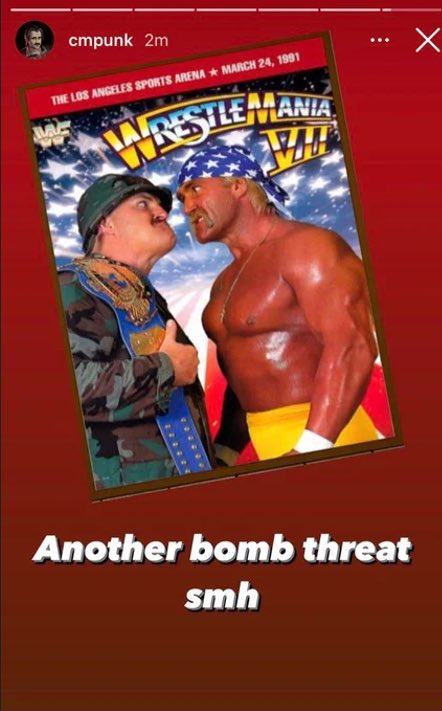