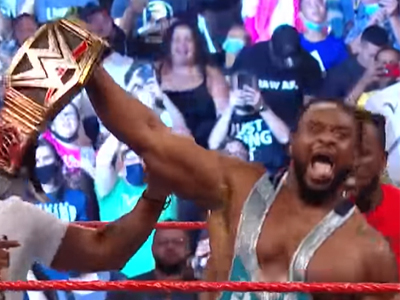 During his audio show on PWTorchVIP.com, Wade Keller talked about the reports that Big E has lost his main event push in WWE. Here is what Keller said…

“I’ve asked around, and all I’ve gotten is people who are really upset, you know, with the rug being pulled out from under him, and I haven’t heard anything about there being an awareness of an issue with him and I think the people I have asked would know.”

“Big E doesn’t seem like the type of person who would do anything that anyone else would see as a problem but, you know, I could imagine him not knowing his place, according to some management [and maybe they feel] that now they’re gonna teach him a lesson because he dared to push back against something he didn’t like that he was being asked to do, but I haven’t heard of anything concrete as far as that goes. But, I mean, one person just described him as a magnificent human being who doesn’t deserve this treatment.” (quotes courtesy of WrestlingNews.co)

“Big E deserves so much better.

Big E deserves so much better.