There have been multiple instances of Alexa Bliss responding to harassing messages from fans on social media over the past year. In 2020, Alexa briefly locked her Twitter account due to fans harassing her. In 2021, Alexa was dealing with a Twitter stalker named Albert Little 666 who was sending threatening tweets to her fiance Ryan Cabrera. The account ended up being suspended by Twitter.

“@alexa_bliss_wwe_ got you on that hush mode now hahahaha”

“@alexa_bliss_wwe_ do you have anything to say ??”

“I do have something to say – I saw the DM you sent to people saying you were going to shoot me and my husband yourself. Those screen shots have been turned in.” 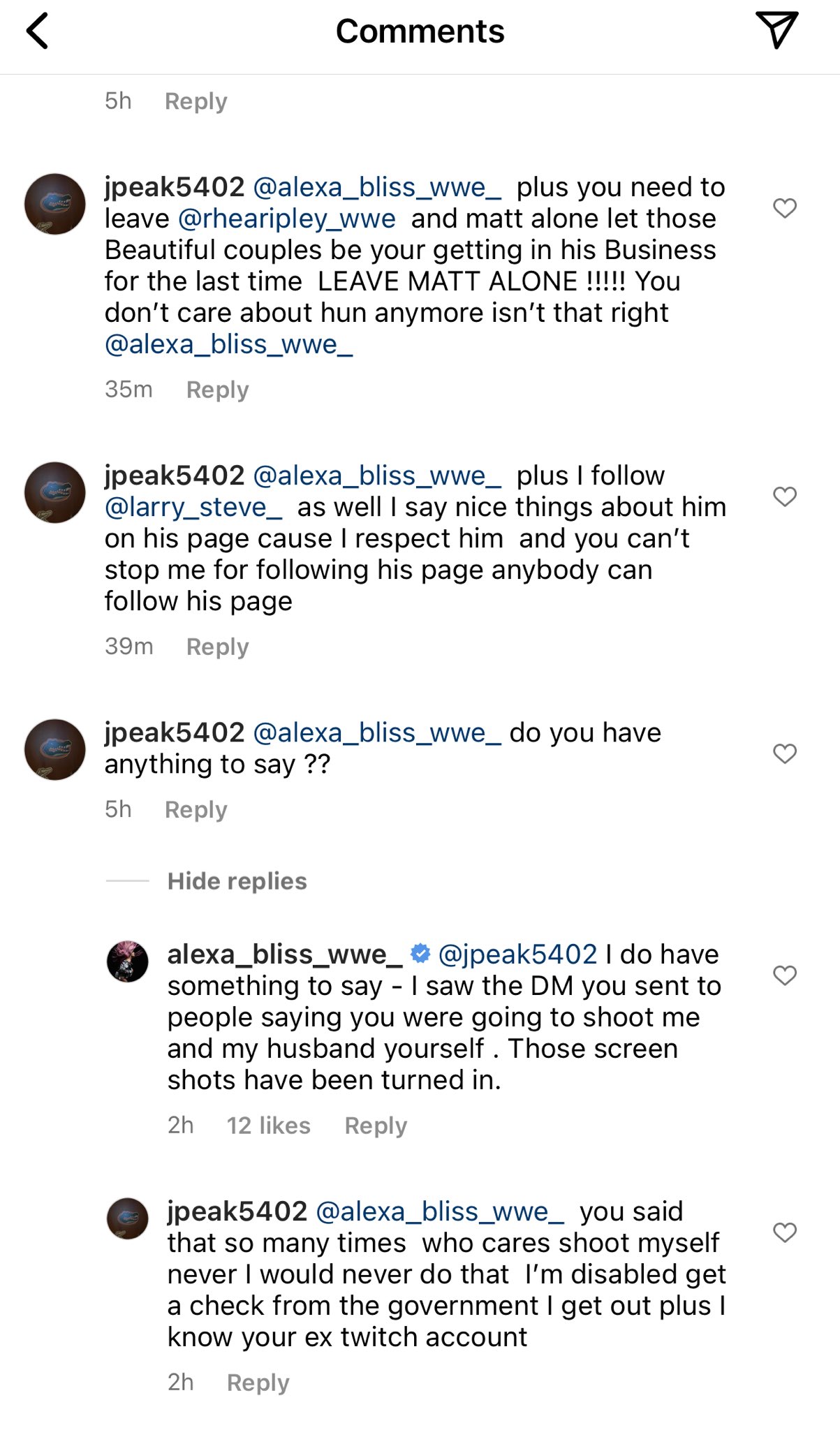