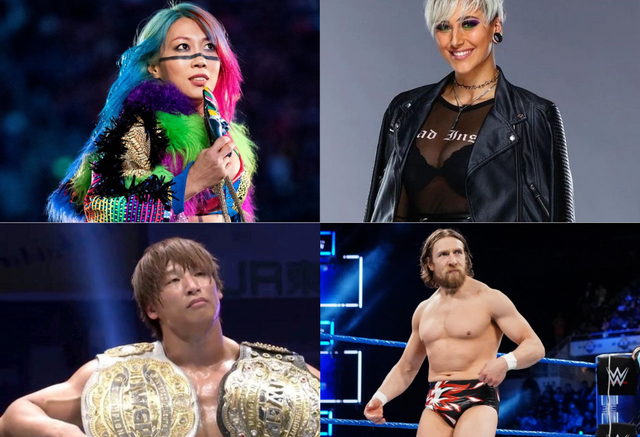 Last month we started a journey where we took 68 men and women and threw them in a large tournament a la NCAA style. After thousands of votes through week-by-week matchups, we are down to the finals.

So without further a do, a brief rundown of last week’s matchups and onto the finals!

-It’s interesting that on the women’s end that the finals would end up to be a legitimate Wrestlemania match with Asuka vs. Rhea Ripley. I guess we’ll all see how well the fans results compare to the real thing.

-Daniel Bryan will always be over. Always. While Kota Ibushi deserves to win this tournament from sheer talent and accomplishment alone, I’m not sure if it will be enough to overcome the “yes” movement.

-While 2 AEW wrestlers made the final four, none would make the finals. We have 3 WWE wrestlers and one from New Japan.

-This tournament begs a larger discussion of the prestige of a championship versus the popularity of a wrestler. Many lower seeds (who didn’t win championships in 2020) ended up going farther than expected. However, Asuka and Ibushi (two of the more prestigious titles with longer reigns) never really had a challenge throughout the entire tournament.

Thanks again to everyone has voted throughout the tournament this entire time. Voting ends Wednesday night! Winners will be unveiled next week.