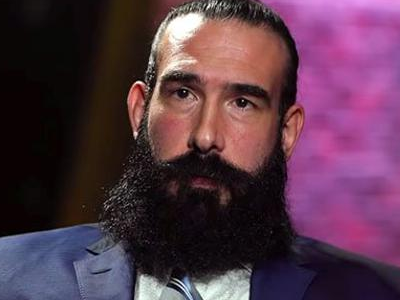 MOX, a memoir written by Jon Moxley, includs the following entry about Brodie Lee from the day Lee passed away…

“Brodie died today. Details are still sketchy. As we’ve known for the last se or seven weeks is that he was in the hospital on life support and might need a lung transplant. Today is December 26. I can’t imagine what kind of Christmas it was for Amanda and the rest of his family. I’m numb at this point; it doesn’t feel real. rye yet to shed a tear, but I know they’re coming. This whole time my brain hasn’t been able to man itself around the situation. I’m at a loss and rimiest been praying constantly. Renee has kept in touch with Amanda through this. beg time we talk about it, all I can say is, Let’s just keep praying and waiting for good news…. What else can you do? Amanda told Renee that when Brodie found out she was pregnant he smiled, which was a good sign, as much emotion as he’d been able to show in a long time.

By the time this book comes out every nice thing to be said about Jonathan Huber will have been. Brodie (a fellow Jonathan, but he’ll always be Brodie to me) Was one of the best people in the business, one of the best people I knew. Cliché as it sounds, you’ll never find anyone who had a bad word to say about him. He’d been my friend for over a decade and one of my favorite and most frequent opponents. On the Indies, in the Shield/Wyatt Family wars, and ultimately in AEW where we wrestled our final match, on PPV, for the World Championship.”

.@JonMoxley’s autobiography "MOX" comes out November 2 and is available for preorder now on Amazon: https://t.co/agkEQFPTsf pic.twitter.com/K3MORmYbDi