The Hard Rock Live at Etess Arena’s official website hardrockhotelatlanticcity.com published a lineup for a WWE event in Atlantic City, NJ. However, there were errors with Asuka being named “Ashule” while Seth “Freakin'” Rollins was listed as Seth “Franklin” Rollins.

The site later corrected the mistakes but fans were able to get screenshots. 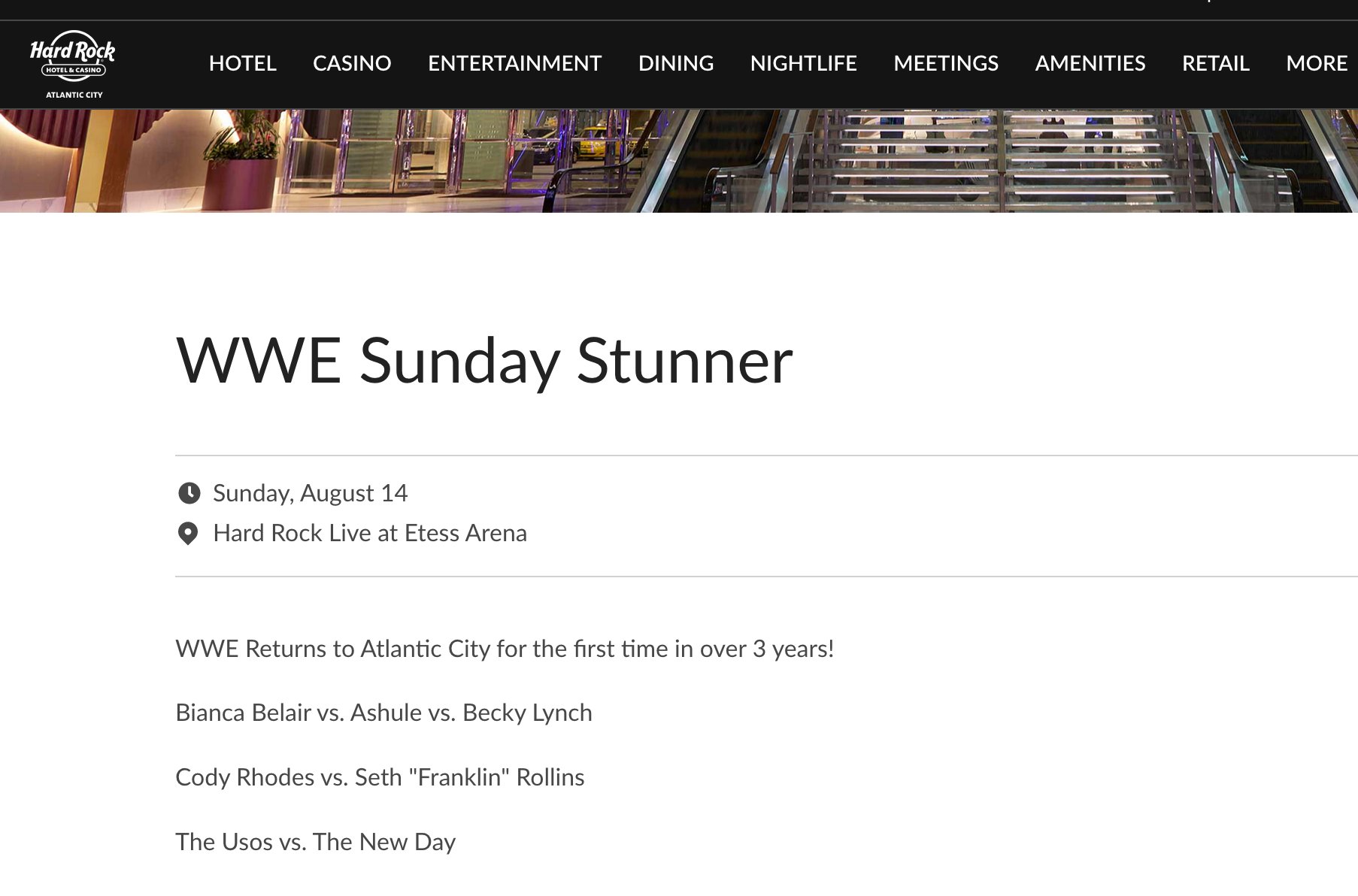